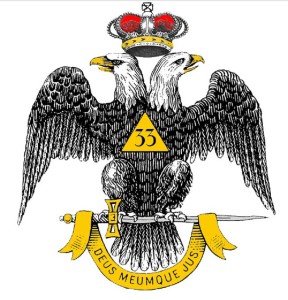 THE HISTORY OF THE SCOTTISH RITE

The history of the Scottish Rite, as with so much of Masonry, begins in a mist of uncertainty. Although there are many Scottish Rite members of Scottish ancestry, the Scottish Rite actually originated in southern France in the early 18th century, as part of the Rite of Perfection. Its immediate predecessor, known as The Order of the Royal Secret, consisted of 25 Degrees under the Secret Constitutions of 1761 and the Constitutions of 1762. Masonic tradition maintains that Lodges of this Rite, transmitted from Bordeaux in France through the West Indies to the American mainland, were established at New Orleans, Louisiana, in 1763; at Albany New York, in 1767; at Philadelphia, Pennsylvania, in 1781-82; and at Charleston, South Carolina, in 1783.  The Grand Constitutions of 1786 provided for an extension of the Rite to thirty-three Degrees, governed in each country under a Supreme Council of the Thirty-third and Last Degree. Its provisions were cited in a Manifesto at Charleston that confirmed the first “Supreme Council of the 33° of the United States” ever opened under these Grand Constitutions, on May 31, 1801, by Brothers John Mitchell and Frederick Dalcho. All regular and recognized Supreme Councils and their subordinate bodies today are descended directly or collaterally from this Mother Supreme Council of the World.

In announcing its establishment to the Masonic world in that Manifesto, dated December 4, 1802, the name was given as The Supreme Council of the Thirty-third Degree for the United States of America. The word “Scotch” appeared in connection with one of the early Supreme council Degrees, and “Scottish” was included in the name of one of the detached Degrees conferred by The Supreme Council.

The name Ancient and Accepted Scottish Rite first appeared in an 1804 agreement between the Supreme Council of France and the Grand Orient of France. Beginning with the administration of Grand Commander Albert Pike in 1859, it came into general use in the Southern Jurisdiction and elsewhere. Many Scottish Masons fled to France during political upheavals in Scotland in the 17th and 18th centuries, at a time when the Degrees of the Rite were evolving in French Freemasonry. this has caused some to think mistakenly that the Rite originated in Scotland. Actually, however, a Supreme Council for Scotland was not established until 1846. With the start of the administration of Grand Commander Albert Pike in 1859, the name “Scottish Rite” came into general use in the Mother Jurisdiction and elsewhere.

The Double-Headed Eagle of Lagash is the oldest Royal Crest in the world. No heraldic bearing, no emblematic device of today can boast such antiquity. It was in use a thousand years before the Exodus from Egypt and more than 2,000 years before the building of King Solomon’s Temple. 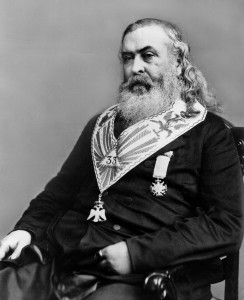 Born and educated in Massachusetts, Albert Pike was one of the most astonishing men in the history of the United States. He was an explorer, and one of the first Anglos in the area later to become New Mexico. He was a linguist, comfortable with dozens of languages, including not only Latin and Greek, but Sanskrit, Hebrew, the ancient Mediterranean languages and the languages of several Native American tribes. He was a lawyer of renown, having translated the Latin law books of Louisiana French law into English. His written commentaries on them remain standard works today. He was a member of the bar of the Supreme Court, and prior to the outbreak of the Civil War, he was reportedly under Consideration by President Lincoln for appointment to the Supreme Court of the United States. He was a teacher, a newspaper editor and publisher, and a poet with national reputation. Pike served as a Brigadier General in the Confederate Army and is the only Southern general to whom a monument exists in Washington, D.C. today.

Pike became Sovereign Grand Commander of the Rite in 1859, and was immediately faced with a task which challenged even his intellect and resources. He found the Scottish Rite in chaos. Many of the Degrees made little or no sense; the meanings of most of the symbols had been lost, and there was not order or pattern to the work.

Pike undertook the task of completely revising the Ritual and structure of the Scottish Rite. He studied hundreds of Degrees, stripped away the nonsense which the years had accumulated around the Work, and emerged with a pure and shining work which was to be adopted around the world. He infused the Work with a deep sense of philosophy which makes it the study of a lifetime, yet retained its essential humanness and power. Rewritten and organized by Pike, Scottish Rite Ritual became the avenue of intellectual and moral refinement for hundreds of thousands of brethren. Similarly, his leadership strengthened the administration of the Rite and allowed it to prosper. The Work you will see in the Ancient and Accepted Scottish Rite is Albert Pike’s legacy to you.

Theme by Anders Noren — Up ↑